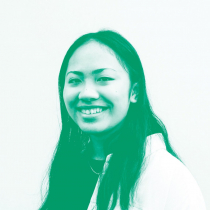 I live in a school zone that only has one school and I wanted to go to a school that was less restrictive and more accepting. Hagley isn’t zoned, it’s more welcoming than other schools and it feels like they’re not as judgmental.

The teachers know that everyone is coming from different places with different things going on and they’re understanding of that. Hagley didn’t have an in-school Samoan class on offer but I talked to the Careers people and they helped me sign up for the on-line one.

The teachers are really supportive and this is a big difference to what I’ve experienced in the past – they make sure that you’re okay and that you know what’s going on in with assessments and stuff. I’ve always been interested in law and Hagley has got a legal studies class here so that’s been really useful.

Something that I started doing when I came to Hagley was being involved in the Pasifika groups and activities. I’m also on the student council and it’s been great getting to see behind the scenes at what goes on at the school. We are involved in some of the events and can offer suggestions for change. We know that they’re not just going to ignore us and forget about it – they’ll actually listen and act on it.

Hagley sets you up for the future – if you go to a school where everyone is the same then you’re not really in the real world. In real life everyone is different and at Hagley that is clearly visible and accepted. I would encourage everyone to give Hagley a go as I think this is a place where everyone can find a spot to belong.